Calvin Lucian Ward, 85, Duke University Professor of Zoology, died April 2, 2013, at Hillcrest Convalescent Center. Calvin was born in Yancey, Texas, and was one of six children. He is predeceased by his parents, Lucian Simeon and Artie Berry Ward; his sister, Evadna Chalmers; and three brothers, Don, Gordon, and Ross Ward.
Calvin had many fond memories of growing up on the farm in Texas. His childhood challenges provided him with his strong work ethic, sense of responsibility, and devotion to family, as well as the desire to complete his education and move from the farm to university life. He graduated early from high school and went to the University of Texas for his undergraduate degree and his M.A. He completed his Ph.D. at the age of 23. He taught for several years at Texas and was then a Postdoctoral Fellow at the Oak Ridge National Laboratory before coming to Duke University. He served 2 years in the Army at Edgewood, MD. Calvin’s 43 year career at Duke included teaching Zoology and Genetics and mentoring graduate students. His research resulted in 20 scientific publications.
His many contributions to the intellectual life of the university, the Zoology Department, and the university administration included planning the Zoology section of the Biological Sciences Building, Director of the University Program in Genetics, Director of Undergraduate Studies in Zoology, Director of the Summer Session, Director of Foreign Academic Programs, Chairman of the Educational Facilities Committee, Assistant Provost for Academic Facilities, and National President of the Association of University Summer Sessions. He was particularly pleased to have collaborated in initiating the first interdisciplinary program at Duke in Genetics.
Calvin had a keen sense of beauty and design which showed in his work on renovating the Faculty Commons and the East Duke Parlor. He appreciated classical music, antiques, and books. He especially loved mysteries and enjoyed exchanging books with friends. He loved gardening and was a lifelong resource to his children in maintaining their homes and making them functional and beautiful. He taught his children the value of hard work, doing the right thing, and treating themselves and others with respect.
Calvin was a member of Trinity Avenue Presbyterian Church where he enjoyed stimulating discussions in the Covenant Life Sunday School Class.
He is survived by his wife of 46 years, Suzanne Collings Ward; his daughter, Laura Elizabeth Ward and her husband, Uriah Lee Shang; his son, John Benjamin Ward; a granddaughter, Joanna Elizabeth Shang; a sister Peggy Ward Little; and a sister-in-law, Rebecca Sollock Ward.
A memorial service will be held on Friday, April 12, at 2 p.m. in the Trinity Avenue Presbyterian Church Chapel with the Rev. Katie Crowe, the Rev. Elizabeth Michael, and the Rev. Graham McChesney officiating.
Memorial contributions may be made to Trinity Avenue Presbyterian Church, 927 W. Trinity Ave., Durham, NC 27701, or to the ALS Association Jim “Catfish” Hunter Chapter, 120 Penmarc Drive, Suite 101, Raleigh, NC 27603.
The family is grateful for the compassionate care provided by Hillcrest Convalescent Center.
Arrangements are under the care of Hall-Wynne Funeral Service.
Online memorials: www.hallwynne.com. Select obituaries.

Offer Condolence for the family of Calvin Lucian Ward 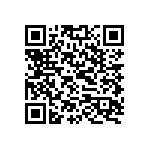