Edmond Bruce Weatherly, 77, resident of 3509 Wake Forest Hwy. died Tuesday afternoon in the Hospice at the Meadowlands. He was a native of Durham and was the son of the late Albert Thomas Weatherly and Lyda Nichols Weatherly. He was a graduate of University of North Carolina at Chapel Hill. Mr. Weatherly retired after 31 years with the Liggett & Meyers Tobacco Company. He was a member of Fletcher

Offer Condolence for the family of Bruce Weatherly 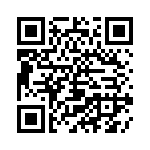