Mr. Isaacs was born in Durham on July 14, 1927 to Larue Hunter Isaacs and George E. Isaacs. He graduated from Durham High School and the University of North Carolina at Chapel Hill. He was the head manager of the 1946 Football Team, which was the first year UNC played in a bowl game. He was also a member of the Varsity Wrestling Team at UNC as well as an active member of Phi Delta Theta Fraternity, and currently served on the Board of Directors. His business career included six years as Chief of Staff for Virginia Congressman David E. Satterfield III in Washington, DC. In 1970 he moved to Raleigh, NC as Executive Director of the North Carolina Automobile Dealers Association, a position he held until his retirement in 1995. During this time he was a lobbyist in the Legislature for 25 years and was voted one of the top lobbyists in the State of North Carolina. He also served as National President of the Automobile Trade Association Executives, Chairman of the Regional M.S. Society, a member of the Durham Sports Club and many other civic organizations. Mr. Isaacs was a member of the Temple Baptist Church in Durham. In 1995 he was bestowed the honor of the Long Leaf Pine by the Governor of North Carolina, which is the highest civilian honor presented by the State of North Carolina.

He was preceded in death by a brother, Emory Stuart Isaacs and wife Maria. Left behind are friends and a legacy of goodwill, generosity, compassion, humor and wit.

Offer Condolence for the family of Bruce Isaacs 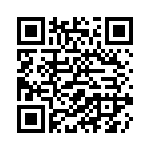