Mrs. Beulah Keck Donaldson, 75, died peacefully Sunday night, August 16, 2009 at the residence of her son and daughter-in-law in Pittsboro.

Born March 31, 1954 in Chatham County, Beulah was a daughter of Gordon and Hattie Jones Keck. Before retiring, Beulah was a CNA II, who worked for a number of years for Dr. Westmoreland, then at both Laurels and Carolina Meadows. She was an outstanding athlete, having played fast pitch softball with a team that became state champions for four consecutive years. Beulah was a true blue UNC fan, and was known for baking excellent chocolate pies. She was a long time member of Hanks Chapel United Church of Christ.

Survivors include her husband, Dave Donaldson; son and daughter-in-law, Mark and Sara Donaldson of Pittsboro; grandchildren, Adam, Lyle, and Andrea; a great-grandchild; her brother, James Keck of East Point, GA; and sisters, Doris Jackson and Pat Weeks, both of Pittsboro. Mrs. Donaldson was predeceased by her parents, and siblings Geneva Harris, Lib Sykes, Bill Keck, and Roy Keck.

The service to celebrate Mrs. Donaldson’s life will be held at 11:00 am, Friday, August 21, 2009 at Hanks Chapel Church, with Rev. Bob Wachs and Rev. Ray Gooch presiding. Friends may visit with the family from 6:00 – 8:00 pm Thursday at
Hall-Wynne Funeral Home, Griffin Chapel, in Pittsboro; and at other times at the residence of Mr. and Mrs. Mark Donaldson, 452 Powell Place, Pittsboro, NC.

Flowers are acceptable, or memorial contributions may be sent to UNC Hospice, PO Box 1077, Pittsboro, NC 27312.

Arrangements are under the care of Hall-Wynne, Griffin Chapel, Pittsboro.

Offer Condolence for the family of Beulah Donaldson 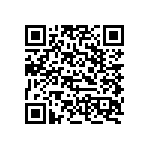