Betty Thomas Rawls passed away on February 14, 2015, at the Pavilion at Croasdaile Village in Durham, North Carolina. Born on May 1, 1928, in Rockingham, North Carolina, she was the daughter of the late Viola Hunnicutt Thomas Spradley and Theodore Roosevelt Thomas. She attended Rockingham High School and graduated from Woman’s College of the University of North Carolina, now UNCG. Betty lived in Asheboro, NC, and Rockingham, NC, with her family before moving to Winston-Salem, NC, in 1968. Croasdaile Village became her home in 2011.
Through the years, Betty was an active volunteer in many organizations including the UNCG Alumni Association, the Winston-Salem Symphony Guild, the Winston-Salem Arts Council, and the Little Theatre of Winston-Salem. She was a member of Centenary United Methodist Church. After her children were grown, she worked for many years as a real estate agent. Betty’s greatest joy was spending time with her family and friends, and she especially enjoyed her four grandchildren.
Betty is survived by her daughters, Janny Rawls DeLoache, and her husband, Bill DeLoache, of Charlotte; and Anne Rawls Zollicoffer, and her husband, Allison Zollicoffer, of Durham; four grandchildren, Thomas DeLoache, Becca DeLoache, Wilkins Zollicoffer, Rawls Zollicoffer; and many special cousins.
An interment will be held on Thursday, February 19, 2015, at 10:30 a.m. at Eastside Cemetery, Highway US 1, Rockingham, NC, followed by a Memorial Service at 11:00 a.m. at First United Methodist Church, 410 East Washington Street, Rockingham, NC. A reception will be held at The Leak-Wall House immediately after the service.
The family would like to thank the staff at Croasdaile Village in Durham for the attentive care and friendship they gave Betty during her time there. A special thank you goes to Shirley Adams for her devotion and love. In lieu of flowers, memorials may be made to Croasdaile Village, Sherman T. Nance Courtyard and Gardens: UMRH Corporate Office, 2600 Croasdaile Farm Parkway, Durham, NC 27705. Arrangements are entrusted to Hall-Wynne Funeral Service, Durham. Online condolences at www.hallwynne.com

Offer Condolence for the family of Betty Thomas Rawls 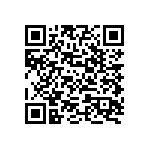