Betty R. Row was born in Philippi, West Virginia on April 6, 1927 to the late Daniel Stewart and Sybil Shomo Foy. She died May 14, 2008 at UNC Hospitals in Chapel Hill, NC.

Betty was schooled in West Virginia and after working at the FBI in Washington, D.C. and other secretarial jobs, she married and became a homemaker. She spent her free time volunteering at hospitals and doing Reach To Recovery work for the Cancer Society. Betty was a Methodist by faith.

She is survived by her husband of 61 years, John B. Row; and two children, daughter Johnna and her husband, Mark Bohana of Melbourne Beach, Florida; son, Jeff and his wife, Diane of Canton, Michigan; and four grandchildren, Max and Paige Bohana; Kerri and Alexandra Row.

Betty was enrolled in the Autopsy and Brain Donation Program at Duke. Interment will be at a later date in West Virginia. In lieu of flowers, memorial donations may be made to the Galloway Ridge Scholarship Fund, 3000 Galloway Ridge, Pittsboro, NC 27312.

Online condolences to: www.griffinfuneral.com, Select Obituaries. Arrangements are under the care of Griffin Funeral Service and Cremation of Pittsboro.

Offer Condolence for the family of Betty Rosalie Row 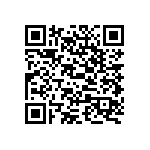