Betty Mae Matthews, 95, died on Monday, February 25, 2019.  Betty was born in Schenectady, NY to the late Edward Joseph and Lillian Wilhelmina Butsch on March 26, 1923.  She graduated from the Schenectady Public Schools, attended Columbia Presbyterian School of Nursing in New York City before she married, and later completed training in real estate sales and finance in Virginia.

Growing up, Betty enjoyed church youth groups, participating in school plays, and joining her father in volunteer firemen’s outings. As a young mother, Betty worked on the switchboard at General Electric during World War II and later was an Avon sales representative. After the family moved to Virginia in 1963, Betty spent many years as a licensed real estate agent and became a certified broker in 1973.

Betty had many interests, including sewing, gardening, painting, and travel.  Betty and her husband, Edward, were married for 69 years.  They were long-term members of Penny Road Church of the Nazarene in Raleigh and attended Bethel Christian Center in Durham after moving into Croasdaile Village.

The family would like to especially recognize the loving care of the many caregivers whose affection and compassion are greatly appreciated by the family.

Friends may visit the family following the service at the church.

Memorial contributions in Betty’s name may be made to the UMRH Foundation-Matthews Scholarship Fund at 2600 Croasdaile Farm Parkway, Durham, NC 27705.

Offer Condolence for the family of Betty Mae Matthews 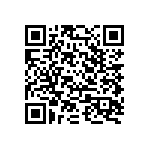