Barbara Jean Christian Carbone, 72, died Thursday at Duke Hospice, Hock Pavilion after an extended illness. She was born December 30, 1939 in Mingo County, WV, to Imogene Beasley and Claude Christian. Mrs. Carbone moved to Ohio as a young woman where she met her husband, the late Lawrence Carbone. A North Carolina resident since 1973, the family moved to Durham in the early 1980’s. Mrs. Carbone worked for many years as a secretary at Holt Elementary School and Bragtown 6th Grade Center. She was a parishioner of St. Matthew Catholic Church.
Barbara enjoyed a variety of crafts, including knitting and scrapbooking. She was a devoted mother and grandmother.
Surviving are her children, Angela Carbone Council and husband, Wesley, of Durham; and Anthony Carbone and wife, Kristin, of New York City; and grandchildren, Anthony, Abigail, Andrew and Addison Council, and Mason and Lucas Carbone. In addition to her husband, she was predeceased by a sister, Claudette Mattson.
A funeral Mass will be offered 12:00 Monday from St. Matthew Catholic Church, with Fr. Thanh Nguyen presiding. Burial will be in St. Matthew Catholic Cemetery. Friends may visit 4-6 PM Sunday at Hall-Wynne Funeral Service.
Memorial donations may be made to the Michael J. Fox Foundation; michaeljfox.org or Duke Home Care & Hospice: dhch.duhs.duke.edu. On-line memorials: hallwynne.com

Offer Condolence for the family of Barbara Jean Christian Carbone 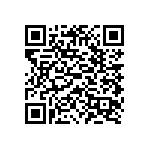