Barbara Jane Komperda Woods passed away on July 24, 2017 at Hock Hospice Family Pavilion in Durham, North Carolina.  She was born on May 30, 1941, in Detroit, Michigan to Stanley and Mildred (Grebeck) Komperda, both of whom predeceased her.

Barbara was a kind and generous woman who loved the hunt for a good bargain and was delighted by a great yard sale.  She was known to spoil her granddaughters who brought her much joy.  She was raised in Michigan and began her own family there before moving to North Carolina in the early 1970s.  She lived for 40 years in the Catawba County area where she raised her children before they convinced her to move to Durham to be closer to them and their families.

Funeral services for the family will be at 10:30am on Thursday, July 27th at Hall-Wynne Funeral home.  In lieu of flowers, the family requests that donations be made to the American Lung Association.

Offer Condolence for the family of Barbara Jane Komperda Woods 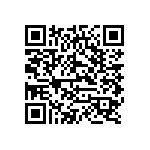