Oxford:
Barbara Duncan “Bobbie” Wilkerson, age 75, a resident of Oxford, died January 22, 2009 at her home. She was a native of Granville County and the daughter of late Melvin Bradsher Wilkerson and Volsie Oderine Kearney Wilkerson. A member of West Oxford Baptist Church. She was retired from Granville Medical Center and has worked at Burlington Industries and Dr. Day’s office. She coach softball for many years in the city and county area.
Memorial services will be conducted, Sunday, January 25, 2009 at 3:00 PM in West Oxford Baptist Church by the Rev. Wes Garner. Burial will be in Elmwood Cemetery.
She is survived by one daughter, Sherrie W. Clayton Michael of Durham; two sons, Brad Wilkerson of Oxford and Jay Wilkerson of Charlotte, three sisters, Louise Watkins and Sandra Green both of Oxford, Gloria Jones of Richmond, Texas; three grandchildren, Keri Crews, Kelly Dickerson, Lauren Wilkerson and three great grandchildren, Brandon and Bryson Crews, Jaylyn Dickerson. She is preceded in death by one sister, Gwen Womack.
The family will receive friends, Sunday prior to the service from 1:00 until 2:45 PM. Flowers are accepted or memorials may be given to Duke Hospice, 4321 Medical Park Drive, Durham, NC 27704. Online memorials www.gnvfh.com select obituaries.

Offer Condolence for the family of Barbara “Bobbie” Duncan Wilkerson 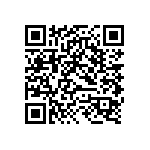