Barbara Atkinson passed away on August 2, 2016 surrounded by her family. She was born on August 9, 1926 in Wilson, NC to Lily Mae and Garland Eatman. Barbara was preceded in death by her late husband, Richard (Dick) Atkinson.
Barbara spent many years as a member and Financial Secretary at First Baptist Church in Durham and also at First Baptist Church in Shelby. Recently she had been a member of Newhope Church in Durham where she was dedicated to her small group Bible study.
Barbara enjoyed being the life of the party, being a Carolina basketball fan, the company of her many friends, and being involved in her Bible study group. She was described as spirited, kind, feisty, strong, thoughtful, and witty. She will be remembered honorably and missed by all who knew her.
She is survived by her children; Dickie Atkinson of Carboro, Anne Ellis (Danny) of Weddington, David Atkinson of Raleigh, Emily Walters of Chapel Hill, and John Atkinson (Jennifer) of Powell, Ohio. Grandchildren; Will Atkinson, Chrysta Dickens, Lindsey Blankenship, Stephen Atkinson, Lauren Walters, Taylor Walters, Amy Atkinson, Peter Atkinson, and Michael Atkinson. Great-Grandchildren; Baily Dickens, Gracen Dickens, Molly Blankenship, and Brandon Blankenship.
The family would like to extend their gratitude for compassionate care of their beloved Barbara to caretakers: Linda, Diann, Betty, Natasha, Crystal, and Regina.
A graveside service will be held at Chapel Hill Memorial Cemetery on Saturday, August 6, 2016 at 10:30 am. A gathering of friends and family will take place after the service at Newhope Church, 7615 Fayetteville Road, Durham, NC 27713. Flowers are appreciated, but the family asks that memorials be made to UNC Hospice, 1101 Weaver Dairy Road, Suite 200 Chapel Hill, NC 27514.
The Atkinson family is under the care of Hall-Wynne Funeral Service. Online condolences: www.hallwynne.com, select obituaries.

Offer Condolence for the family of Barbara Atkinson 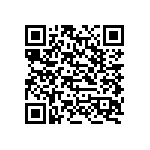