Mr. Arthur Rodgers, 88, passed away at home, Wednesday, August 7, 2013 in Pittsboro, NC.
A native of Chatham County, Arthur was born to the late Willie Joe Rodgers and Fannie Degraffenreidt. Arthur attended Chatham High School in Siler City in the 1940’s. He left school early to join the U.S. Navy where he was stationed on the USS San Juan in the South Pacific.
After WWII, Arthur returned to Chatham County and graduated high school. He was united in marriage for 62 years of love and devotion to the late Mary Dark. He retired from Townsend as a truck driver after 59 years of service.
Arthur served the church as a steward, treasurer, usher, president of the senior choir, and groundskeeper for more than 30 years. He also was a founding member of Saint Paul’s Masonic Lodge #147, serving as Worshipful Master for several years. In addition, he helped found the Knights of Pythagoras through Saint Paul’s Lodge.
In addition to his wife and parents, Mr. Rodgers was preceded in death by his son, Arthur Rodgers Jr., and brothers Gaither, Willie, Jessie, Saul, & Charles.
Survivors include his sons, Brian Rodgers and wife Gloria, of Pittsboro, William Rodgers of Pittsboro; his daughter, Hope Rodgers-Medina, and husband Daniel; Grandchildren Davida Rodgers and John Guerra, Sidney Alexander, Zachary Rodgers, Tressalyn Cordaro, Courtney Rodgers, and William Rodgers Jr.; great-granddaughters Jordyn Rodgers and Riley Guerra.
The family will receive friends at 12:00PM with a funeral service held at 1:00PM, Saturday, August 10, 2013 at Mitchell Chapel AME Zion Church, with the Rev. Anthony Davis officiating. Burial will follow in the church cemetery.
Online Condolences may be sent to: WWW.Hallwynne.com, Select “obits” then “Current Services”

Offer Condolence for the family of Arthur Alvis Rodgers 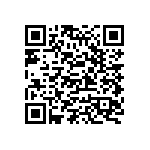