Mr. Armando “Mickey” Henriquez Jr., 80, died December 26, 2010, at the Hock Family Pavillion Hospice in Durham, North Carolina. Mickey was born in Tampa Florida, the son of the late Amanda and Armando Henriquez. Mickey grew up in Tampa and attended Hillsborough High School where he was valedictorian. He then attended Erskine College in Due West, South Carolina where he was valedictorian and received a BA in English and history, and George Peabody College for Teachers in Nashville, Tennessee where he was a Carnegie Fellow and received a Masters in English. Mickey met his wife, Martha Tano in March, 1953, in Fort Ashby, West Virginia, where they were both first time high school teachers. On August 9 that same year they were married. They settled in Katonah, New York, where they started their 53 years of married life together. Mickey was employed by the Katonah-Lewisboro School District where he primarily taught high school English, for 32 years. After retiring, he and Martha moved to Durham, North Carolina. Mickey soon discovered that he needed the classroom and began teaching at the Duke Institute for Learning in Retirement, now known as Osher Lifelong Learning Institute. He taught and took classes there for 23 years until 2010. When not in the classroom, Mickey enjoyed reading, traveling, the theater, swing dancing, spending time with his family and singing in the church choir. From 2002 to 2004, he wrote a monthly column in the “Our Lives” series for the News and Observer chronicling his life in retirement. He was a devoted member of the Westminster Presbyterian Church where he established the Men’s Fellowship, served as an Elder, and worked on the Assimilation Committee. In July 2010 he was honored at the 80th Stated Meeting of the Presbytery of New Hope in Rocky Mount as Westminster’s Outstanding Older Adult for living out his faith in service to the church and community.

The family would like to thank the staff at the Duke Hospice Hock Family Pavilion for their caring and loving support. A memorial service, conducted by Rev. Betty Berghaus and Rev. Chris Tuttle, will celebrate Mickey’s life at Westminster Presbyterian Church in Durham on January 8, 2011 at 2:00 P.M.. The family will receive friends at a reception in the church parlor following the memorial service. In lieu of flowers, the family requests that memorial contributions be made to Westminster Presbyterian Church, Old Chapel Hill Road, Durham, NC 27707 or the Hock Family Pavilion, in care of Duke Home Care and Hospice, 4321 Medical Park Drive, Durham, NC 27704. Online condolences may be sent to www.hallwynne.com, click on obituaries. Arrangements by Hall-Wynne Funeral Service in Durham, NC.

Offer Condolence for the family of Armando Henriquez, Jr. 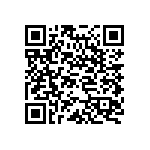