DURHAM – Aspasia Knoerr, 85, passed away peacefully at home on April 30, 2015 of complications following a hip fracture. Her three sons were by her side.

Aspasia was an exceptionally strong, generous, kind, patient, witty, and industrious woman, a master gardener, and a wonderful mother and grandmother. She enjoyed life, with all its challenges, and celebrated people for who they were. She will be dearly missed by all who knew and loved her.

A first-generation Greek-American, Aspasia was born July 3, 1929 in Sacramento, California, the third of four children of Marigoula Kakavas Dracopoulos and Themistocles Dracopoulos.

When she was quite young her family moved to Milwaukee, Wisconsin, eventually
becoming residents of Parklawn, the city’s first public housing project. She often credited the progressive policies of Milwaukee city government and the Roosevelt administration, during the Great Depression, for the opportunities they afforded her family for a better life.

Aspasia had a great passion and talent for learning. She attended Milwaukee’s Washington High, graduating with honors in 1947 as Vice President of her class and Co-Literary Editor of her yearbook. She later trained as an X-ray technician, working in that field in Milwaukee and at her husband’s army postings in Kentucky and Virginia. She also assisted with the Salk polio vaccine trials.

As a teenager she was active in American Youth Hostels, touring the Wisconsin countryside by bicycle. It was through hostelling that she met her future husband, Kenneth Richard Knoerr. They were married in 1952 just prior to his being called up for service in the Korean War.

After the war, Ken completed doctoral work in forestry at Yale and did research with the Forest Service in California. In 1961 he joined the faculty at Duke University, where he spent the rest of his career. Aspasia followed her husband and started a family, having her first two children in California. They lived at the Snow Lab at Donner Pass in the high Sierras when her first child was born, through winters with nearly 50 feet of snowfall and snowpacks over 16 feet. Aspasia and Ken’s marriage of 58 years ended with his death in 2011.

In Durham, Aspasia dedicated herself to her children, to homemaking and to gardening. A talented seamstress and craftsperson, she was “DIY” before that became a “thing,” making many of her own clothes, refinishing furniture, and sewing drapery among many other projects. She was an outstanding cook, integrating Greek and American cuisines, and the family entertained often. She loved being physically active. A member of Duke’s Center for Living for over twenty-five years, she frequently championed the benefits of exercise and a gluten-free diet, having discovered in her sixties that she suffered from celiac disease.

Aspasia was also involved in Duke’s Campus Club, the Gothic Gourmet, and other social and service organizations associated with the University. She volunteered as a reading tutor in local schools, motivated both by her own love of reading and by the fact that her mother had been denied an education in Greece. Later in life she trained as a Master Gardener with the North Carolina Cooperative

Extension and volunteered with the Sarah P. Duke Gardens.

As the infirmities of aging began to overtake her in her last year of life, Aspasia maintained her good humor. She became fond of concluding conversations with, “Αυτά είναι τα κουμπιά της Αλέξανας,” a saying of her mother’s that puts one’s troubles in perspective.

In lieu of flowers, memorial gifts can be made to Sierra Club Outdoors, ICO: Inspiring Connections Outdoors (http://content.sierraclub.org/outings/ico, and http://www.sierraclubfoundation.org/memorial-and-commemorative-gifts).

The family is planning a celebration of her life.

Offer Condolence for the family of Aspasia Knoerr 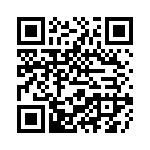