Annabelle Derden Selph, 97, died Tuesday, April 7, 2015 surrounded by her loving family. Born on May 30, 1917 to the late Richard Derden and Emma Belle Sutton Derden in Ellijay, Georgia, a beautiful town in the foothills of the Blue Ridge Mountains. Her father was in the logging and lumber business, she grew up very hard during “The Great Depression”.
After graduating from high school in Ellijay, she worked and went to Rhinehart Junior College and Middle Tennessee State College. She did graduate studies at Duke University and North Carolina State University where she received her Master’s Degree.
Annabelle taught high school and also taught at Rhinhart College before moving to Durham, North Carolina in 1943, during WW II, to be with her husband who was stationed with the 78th infantry division at Camp Burner, North Carolina.
She was hired as director of Durham City Schools Luncheon System as Director in 1943 and remained there until her retirement in 1981.
She sponsored food fairs, developed programs for table manners, training programs for many newly hired workers with no job skills, programs for feeding children and to enhance learning abilities. Many lives were touched by these programs and many people never forgot. She taught, baking, general large kitchen management, cleaning, organizing, and optimum use of space. She gave people lifelong skills and opportunities in life.
In 1970 she wrote a proposal for a project in Health and Nutrition, in 1971 the proposal was funded and operated for 3 ½ years. From this project, curriculum guidelines were produced and used by the entire nation.
She developed breakfast programs, summer feeding programs, student work for lunch programs to assist struggling families.
Annabelle was a founding member of the North Carolina School Food Service Association.
She authored many articles in national magazines and newsletters. She co-authored a book for parents and teachers called F.O.O.D Focus on Optimum Development. Annabelle also co-authored a book called Alphabet Soup. She received many awards including, 1976 Mother of the Year, 1976 Service Award from the US Department of Agriculture and many others.
Annabelle was a 72 year member of First Baptist Church, she was also a Sunday School Teacher, Training Union Teacher, president of her Sunday School Class three times and severed in many other ways at her church.
After retirement in 1981, she continued working making homemade jams and jellies “Miss Annabelle’s Jams and Jellies” with such unique flavors such as kudzu, corn cobb, figs, danson, plums, blackberry, grape hull, orange, apple (all kinds), raspberry, persimmon, crab apple, green tomato and pepper to mention a few.
Miss Annabelle is survived by her son, Ellis L. Selph, Jr. and wife, Rhonda; a granddaughter, Sandy Clinton and husband, Richard; a brother, Willis A. Derden of Winston-Salem, NC; four sisters, Marie Holt of Ellijay, GA, Savilla Oxford of Parrish, FL, Juanita Sanford of Braselton, GA and Geneva Colvard of Durham, NC; five great grandchildren, Jessica, Richard, Joseph, Tyler and Elizabeth.
Sincere thanks and gratitude go out to all of our friends, family, neighbors and especially the Duke Home Hospice Care.
The family will be present 6-8 p.m. Friday at The Chapel of Hall-Wynne Funeral Service, 1113 West Main St., Durham. Funeral services will be held 10 a.m. Saturday at The Chapel of Hall-Wynne Funeral Service. Burial at Markham Memorial Gardens. Online condolences at www.hallwynne.com

Offer Condolence for the family of Annabelle Derden Selph 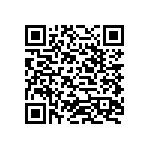