Anna gave of herself to raise and support her family. She enjoyed golf and bridge, and in her later years was a voracious reader and crossword puzzler.

In addition to her children, Nana Anna is survived by thirty-two grandchildren and twenty-three great grandchildren. Also surviving are her brother, Frank McCann, and her sister, Jane Whitaker.

Arrangements are under the care of Griffin Funeral Service and Cremation, 396 West Street, Pittsboro, NC 27312.

Offer Condolence for the family of Anna McCann Mahoney 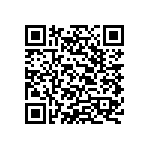