DURHAM: Anita Marion Swensen McLeod passed peacefully on Monday, January 9, less than eight weeks after being diagnosed with a malignant brain tumor. Just as she lived, Anita died on her own terms, in her own home, teaching us every step of the way.

Anita grew up in Ridgefield, New Jersey, she was born November 29, 1939, the daughter of Catherine and Arne Swensen and sister to Paul Swensen. She ventured south to attend Duke University, graduating with a B.S. in Nursing. She met Mike McLeod when they were both students caring for the same patient and married him three weeks after graduation.

Anita and Mike raised their four children in Durham, years before it was a hip and happening place. In 1974, the couple embarked on a sabbatical during which they camped across the country (with all four kids in a pop-up camper) and then lived in Marin County, CA for a year to explore living out west. While they ultimately returned to Durham, their time in California forever changed the family in deep and meaningful ways. Years later, their children still footnote family stories and any references to their parents with “BC” (Before California) and “AC” (After California).

After returning from California, Anita decided to go back to work to renew her nursing license. Before doing so, she made sure all her children learned how to cook and do their own laundry, a reflection of her commitment to raise independent, self-sufficient children, unaware that this would endear her to future daughters-in-law.

After meeting Jeanette Stokes in a class on women’s spirituality, Anita became involved with the Resource Center for Women in Ministry in the South, eventually serving as the organization’s Board Chair. She was a connector and convener of sacred circles where women shared and honored each other’s wisdom. She used her passion for teaching to facilitate workshops on such varied topics as menopause, conscious aging, and befriending death. She was deeply committed to promoting intergenerational conversations with the hope that feminine values could be brought into society to help create a more caring world. Anita founded the RCWMS Elder Women’s Project to encourage elder women’s spiritual and creative development and their ongoing engagement in the world.

Wife, mother, grandmother, friend, teacher, convener and lover of the natural world, Anita embraced each of her roles equally, enriching the lives of all who had the privilege of knowing her. If you were fortunate enough to be Anita’s friend, you knew the meaning of fierce compassion and the power of deep listening. If you were lucky enough to have Anita as a teacher, your life might just be changed forever. If you were one of her children or grandchildren, you were blessed to know unconditional love and understand how her high expectations inspired you to follow your dreams.

Anita’s 55-year partnership with/marriage to Mike reflected her deep commitment to her family and to living an intentional life. She was a relentless seeker of truth, a voracious reader, a lover of beauty, a devoted friend, and deeply aware of how fortunate she was to find a partner who shared so many of her passions. Anita was beloved for her resilient spirit, fierce compassion, relentless optimism, insatiable curiosity and keen sense of humor, and was also known to be graciously stubborn on occasion.

For over thirty years, Anita and Mike enjoyed sailing their boat, “Free to Be” on their beloved Pamlico Sound, taking turns serving as captain. They also loved camping in Montana and Wyoming. It was a testament to their partnership that even after 55 years of marriage, Anita and Mike still enjoyed spending time together in small, cramped spaces.

Anita is survived by her husband, Mike McLeod; her four children, Chris McLeod of Charlotte, Scott McLeod and wife Missy of Durham, Greg McLeod and wife Karen of Raleigh, and Laura McLeod and husband Richard Moberly of Lincoln, NE; and grandchildren, Scottie, Lucy, and Logan McLeod, and Luke and Henry Moberly. She was predeceased by her brother, Paul Swensen.

The family would like to express their profound gratitude to Acorn Home Care and Anita’s caregivers, Tammy Bobbitt, Meikio Spring and Sally-Irene Ngeve as well as the physicians and nurses at Duke Cancer Center.

After a family graveside service in the natural burial section of Pine Forest Cemetery, Wake Forest, a service celebrating the life of Anita McLeod will be convened by the Rev. Debra Brazzel 3:00 PM Monday, January 16 at Eno River Unitarian Fellowship, 4907 Garrett Road, Durham. Friends are invited to visit with the family immediately following the service.

In lieu of flowers, gifts in Anita’s memory may be made to RCWMS (Resource Center for Women in Ministry in the South), 1202 Watts Street, Durham 27701, Rcwms.org. Arrangements are with Hall-Wynne Funeral Service. On-line memorials: hallwynne.com

Offer Condolence for the family of Anita McLeod 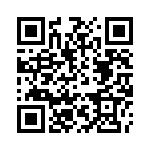