BAHAMA- Allan Lewis Mills died at home on Friday, March 17th after a long illness. Mr. Mills was born on December 8, 1939 in Northampton, Massachusetts. He was the son of the late Robert Lewis Mills and Margaret Elizabeth Brown Gilman Mills.

Mr. Mills was employed as a chemist and scientist working in diagnostic testing product development for Warner-Lambert, Organon Teknika and Biomerieux Corporation for forty years. He was a long-time member of the American Chemical Society.

He was an accomplished musician who enjoyed playing piano and vibraharp and working on his music collection. He also enjoyed spending time at the beach, playing tennis, gardening, walking his beloved dogs and watching old movie classics.

Mr. Mills is survived by his wife of forty-one years, Victoria Kunitski Mills of Bahama and Emerald Isle, NC; his sons, Jeffrey Scott Mills and wife, Yvonna, of Timberlake, NC; and Steven Douglas Mills of Clifton, NJ; his daughter, Laura Michele Mills and her fianc

Offer Condolence for the family of Allan Lewis Mills 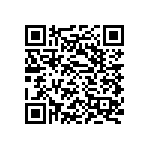