Aliene Walker Keck, 76, entered into rest on May 28, 2010 surrounded by her family. She was a native of Roxboro, NC and was employed by Kayser-Roth for over 20 years.

Mrs. Keck enjoyed quilting, fishing, and spending time with her family. She was a devoted mother and grandmother.

Memorial contributions may be made to the Hanks Chapel Church Building Fund, PO Box 366, Pittsboro, NC 27312.

Offer Condolence for the family of Aliene Walker Keck 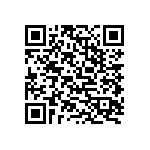