Alice attended and graduated from East Durham High School in 1926. Following graduation, she worked as an assistant at McPherson Hospital for Dr. McPherson during the late 1920’s and early 1930’s. Alice married Brooks Knight of Durham and moved to Raleigh, where they where active in community affairs and were charter members of Highland Methodist Church.

Following the death of her husband Brooks, Alice moved back to Durham and lived for over twenty-five years with her sisters, Myra and Lillian Parrish. They traveled extensively and were very active in church. Once back in Durham, Alice became a member of Immanuel Baptist Church.

Alice is survived by her son Clifton Knight of New York City and his wife Raisa Keis-Knight.

A funeral service will be held Monday, January 28th at 10:30 A.M. at the chapel of Hall-Wynne Funeral Service. The Reverend Brooks Gale will preside. There will be visitation hours the day before on Sunday, January 27th from 5 P.M. to 7 P.M., also at Hall-Wynne.

In lieu of flowers, the family requests that contributions be made to the Immanuel Baptist Church Building Fund, 3610 Hillandale Rd., Durham, NC 27705, or to The Fund for Veterans Education, 111 Radio Circle, Mt. Kisco, NY 10549, which is a fund for veterans returning from Afghanistan and Iraq set up to supplement the gap between GI bill benefits and actual education expenses.

Offer Condolence for the family of Alice Parrish Knight 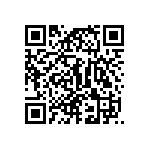