Alex was born in Chicago, Illinois, to the late Alexander Aligde Arcucci and the late Anne Agnes Staponick Caffarello. He graduated from Steinmetz High School 1937 and from Wright City Junior College 1941 in Chicago. He served during World War II in the U.S. Army Signal Corps from 1942 to 1946 and advanced to tech-sergeant while stationed in India. He earned a B. S. degree in chemistry from Long Island University in 1953. Alex was employed by General Dyestuff and Fairchild Engine in New York before beginning a 26-year career with I.B.M. in Kingston, Poughkeepsie, and East Fishkill, New York. He was a life-time member of the American Chemical Society.

Alex’s love of science was fostered as a youth by an early interest in photography, along with almost-weekly Saturday trips to the science museums of Chicago. He maintained an active interest in young people’s science education throughout his lifetime and frequently provided assistance and encouragement in science projects for Boy and Girl Scouts’ merit badges, including candidates for the Eagle Scout. He served as judge at several youth science fairs in New York and was an enthusiastic collector and reader of numerous scientific books and journals.

Alex maintained a life-long interest in painting and sculpture, which began with high school art classes. He also enjoyed many hours working in his woodshop and cultivating his collection of plants, particularly various species of cacti, lilies and African violets. He was a prolific writer of letters to his family and, more recently, vigorously took on the challenge of mastering his personal computer and its associated programs.

The Arcus family is under the care of Hall-Wynne Funeral Service, Durham. www.hallwynne.com select obituaries.

Offer Condolence for the family of Alex Anthony Arcus 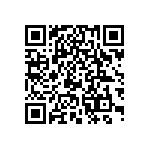