Agnes Joanna Farrell Caravias, 86, of Pittsboro, passed away at Care View Rest Home in Snow Camp on June 15, 2011 after a long battle with dementia.

She was born in Pittsboro on April 26, 1925 and raised in Chatham County. Mrs. Caravias was the last living daughter of the late Paul Thompson Farrell and Maggie Davis Perry Farrell. After graduating from Pittsboro High School, she left to attend college. She worked at the Pentagon in Washington, DC in a classified position until retirement. Mrs. Caravias and her late husband, Peter, moved to Cape Corral Florida where they enjoyed traveling, especially to Greece; boating, playing cards and entertaining friends. She will be remembered for her great sense of humor and her love of life.

Mrs. Caravias was preceded in death by her parents; husband, Peter Caravias; ten brothers and sisters including Horace Perry Farrell of Pittsboro, and a nephew, Stephen Lee Farrell of Jared, VA.

A memorial service will be held in Cape Corral, FL at a later date.

Arrangements for Mrs. Caravias are under the care of Hall – Wynne Funeral Service and Cremation of Pittsboro.

Offer Condolence for the family of Agnes Joanna Caravis 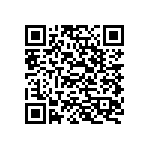