She was born on March 29, 1921 in Macomb, IL, daughter of the late Lawrence & Etta Bowers. She was the youngest of seven children. She met John R. Fawcett of Canton, IL and they were married October 4, 1940. Ada & John lived in Canton from 1940 -1983. During their early years together they loved to get together with good friends and go dancing to live big band swing music. They also loved playing canasta and other card games with their friends. Ada was active as a member of Daughters of the American Revolution, DAR. In the 1950’s they would vacation every summer in Florida. They fell in love with the state and later would retire there in Dunedin. There they happily lived until the death of John in 1990. Three years later, Ada would move to Durham, NC to be closer to her son. She attended Trinity Presbyterian Church in Durham.

In addition to her parents and her husband, John, Ada is preceded in death by her siblings: Lewis Bowers, Esther Vance, Ruby Walraven, Hildreth Casey and Gladys Burke. She is survived by her son, J. Kent Susan Fawcett of Chapel Hill, NC; and sister, Marjorie Brown of Galesburg, IL.

A memorial service in Canton, IL will be scheduled at a later date.

Offer Condolence for the family of Ada Evelyn Bowers Fawcett 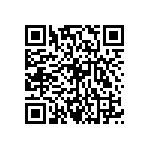