Aaron was born in Wake County on November 23, 1981, a son of William Rickey Washington and Katherine Peters Washington. He attended Jones Sr. High School, then Northwood High School where he graduated in 2000. Aaron graduated from the Basic Law Enforcement Program at CCCC and began working for the Chatham County Sheriff’s Department in 2003, where he was employed until his death. He was a member of Bell’s Baptist Church.

Aaron was preceded in death by a sister, Laura Ann Washington, and grandparents William Lee Washington and Faye Denton Washington.

The funeral service for Mr. Aaron Washington will be held at 2:00 pm Friday, September 2, 2011 at Emmaus Baptist Church, with Pastors Steve Moore, Ronnie Byrd and Jeff Jones presiding. Interment will be in Bell’s Baptist Church Cemetery. Friends may visit with the family from 6:00 until 9:00 pm Thursday at Hall – Wynne Funeral Home in Pittsboro.

Arrangements for Mr. Washington are under the care of Hall – Wynne Funeral Service and Cremation of Pittsboro.

Offer Condolence for the family of Aaron Lee Washington 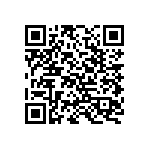