ORMOND BEACH, FL - Gail Ann Boothroyd Buttry, 77, died March 27, 2016 in Daytona Beach, FL after a period of declining health. Born in Fall River, MA, she was the daughter of the late Edwin and Emily McCrosson Boothroyd. After graduating from Duke University, she married Alton N. Buttry, Jr. and raised her family in Durham. She will be remembered as a substitute teacher at Bethesda Elementary School and then as a bank teller with Wachovia Bank. She is survived by her children Susan Buttry, END_OF_DOCUMENT_TOKEN_TO_BE_REPLACED

Oxford: Judith Dale Bowling Swinney, 67, of Charlotte went to be with her Lord on Friday, March 25, 2016. She was a native of Granville County, the daughter of Mary Lewis Bowling and the late O. L. Bowling, Jr.; and the widow of Vernon Eugene Swinney. Judith was a loving wife, mother, grandmother, and a lover of animals. She was a member of Providence Baptist Church, a retired LPN at Murdoch Center in Butner, and an avid flower gardener. Surviving in addition to her mother are her sons END_OF_DOCUMENT_TOKEN_TO_BE_REPLACED

Edward Darken, 61, died peacefully at his Chapel Hill home on March 20, 2016 after a brief battle with cancer. He is survived by his wife, Jackie and two sons, Jamie of Bethesda, MD and Michael of Chapel Hill. He is also survived by his mother, Margaret Darken and five siblings Jo, Mary, Larry, Will and Betsy. A Celebration of Life will be held at a future date. Hall-Wynne Funeral Service and Crematory in Durham is assisting the family and condolences may be posted to their website END_OF_DOCUMENT_TOKEN_TO_BE_REPLACED

Linda Jane Willis, age 73, died Sunday, March 20, 2016 at Duke Medical Center surrounded by her loving family. Linda was born in New Brunswick, NJ to the late Arthur and Marion Church Gebhardt on January 18, 1943. Linda graduated from Douglass College (Rutgers University) in 1964, where she met her husband in August 1962. She served as an elementary school teacher for several years, married in April 1966, then devoted most of her energies to being a military wife for 21 years, living in END_OF_DOCUMENT_TOKEN_TO_BE_REPLACED

Edna Carol Blalock Burgin, 77, of Bahama, NC passed peacefully from this earth on Monday, March 21, 2016. Edna was born in Prospect Hill, NC to parents Robert and Mildred Squires Blalock. She had a joyful childhood growing up on the tobacco farm surrounded by her family and cousins. A hard worker, she was valedictorian of her high school graduating class in 1956. She later graduated from King’s College in Greensboro and spent 3 years working at Western Electric in Burlington, NC where she met END_OF_DOCUMENT_TOKEN_TO_BE_REPLACED

DURHAM – Dorothy Taylor Irigaray, age 75, died peacefully at home on Monday, March 21, 2016. Dot was born in Philadelphia, PA to Dorothy and Earle Taylor. She graduated from the University of Delaware and earned a Masters of Social Work from UNC Chapel Hill. She worked for UNC Memorial Hospital for 20 years. She greatly enjoyed travel, reading, her pets, and most of all, spending time at the beach. She is preceded in death by her parents and her son Mark Verwoerdt. She is survived by END_OF_DOCUMENT_TOKEN_TO_BE_REPLACED

William "Bill" Wood Anderson. On March 16th, 2016, Bill Anderson, 59, died as he lived--unexpectedly. Bill grew up in upstate New York, in the small town of Norwich. He traveled extensively by thumb and box car as a youth before marrying Andrea Hughes in 1978 and settling into the lovely community of Duke Park in Durham, NC. Bill was a man of many facets with such occupations as sign painter, rare coin dealer, pro skydiver, buyer's agent, treasure hunter, real estate agent, marketing END_OF_DOCUMENT_TOKEN_TO_BE_REPLACED

Catherine “Kate” Blommer, age 94, died peacefully in her Durham home on Thursday, March 17, 2016. Kate was born in Albany, MN to the late Louis and Clara Brandtner Dinndorf. Kate, the eldest of six, was a compassionate big sister. She cherished her 52 year marriage to Earl, raised her children and ran her household with love and a sense of humor that will never be forgotten. Kate is survived by her six children, Eric J. Blommer (Kathy) of Salt Lake City, UT; Andre Aman of Lincoln, NE; END_OF_DOCUMENT_TOKEN_TO_BE_REPLACED

Edna S. Gilliam, age 93, died peacefully on Wednesday, March 16, 2016 at Rose Manor. A Durham native, Edna was born to the late Daniel and Annie Crabtree Stephenson. She graduated from Durham High School in 1940, married her sweetheart, William Paul Gilliam and was a member of the first LPN graduating class at Watts Hospital. Edna was always proud of being a Nurse. She started her nursing career at The Watts Hospital in Labor and Delivery and became a Certified OR Nurse in 1953. She END_OF_DOCUMENT_TOKEN_TO_BE_REPLACED 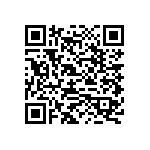