Jessie Johns Newsome, 91, of Durham, widow of John R. Newsome, died Thursday, March 31, 2011 following a brief illness. She was born April 24, 1919 in Durham to the late Ernest T. and Sallie Harris Johns and grew up in Durham and in Hillsborough, NC. She graduated in 1942 from the Watts School of Nursing. Her long career included nursing in Fort Worth, TX, in Stamford, CT and in Durham at Duke University's Student Health Clinic. She retired in 1982 as the Head Nurse at Pickens Family Medicine END_OF_DOCUMENT_TOKEN_TO_BE_REPLACED

Dr. John Merritt Cheek, Jr., 92, died Wednesday, March 30, 2011 at the Pavilion of Croasdaile Village. On November 15, 1918, he was born in Watts Hospital to John M. Cheek and Maude Wall Cheek. He attended Durham public schools and graduated from Wake Forest University in 1941. He was the first student to enroll in the Bowman Gray School of Medicine where he graduated in 1945. He moved to Philadelphia, PA in 1945 to begin his internship at Episcopal Hospital and there he met his wife, END_OF_DOCUMENT_TOKEN_TO_BE_REPLACED

Florence Wicks Payne of Bynum died Tuesday, March 29, 2011 at Laurels of Chatham. Florence was born July 13, 1924 in Elizabeth NJ. She enjoyed volunteering at the hospital and sang in her church choir in the past. Florence is survived by her daughters Carol Payne of Bynum and Patricia Parrish of Jacksonville Florida, her Sister Ruth Copeland of Jacksonville Florida, and her Grandchildren Jennifer Sugg, Amy Burke, David Parrish, and Rick Parrish. She was preceded in death by her Husband END_OF_DOCUMENT_TOKEN_TO_BE_REPLACED

Earnest "Steve" Barbee of Chapel Hill died Monday, March 28, 2011 at his home in Chapel Hill. Mr. Barbee was born October 11, 1953 and is from Chapel Hill. He loved Golf, his community, and his family. Steve was well known for being a handyman. Steve is survived by his wife Doris Barbee, his mother Ruby Estelle Barbee, his daughter Stephanie Mueller and her husband Jason, his sister Melba Barbee, and his two grandchildren Jaxson Mueller and Reagan Mueller. He was preceded in death by his END_OF_DOCUMENT_TOKEN_TO_BE_REPLACED

Barbara Copeland Horton, 78, passed away peacefully on Sunday, March 27, 2011. She showed strength, courage, and a positive outlook during her extended battle with lymphoma. Barbara was a loving wife, mother, mother-in-law, grandmother, and great grandmother. Her devotion to her family and her church was evident as many benefitted from her God given talent of hospitality. She enjoyed sharing her delicious home-cooked food served in her home, with neighbors, and in her church. Many will END_OF_DOCUMENT_TOKEN_TO_BE_REPLACED

OXFORD: William Matthew Cherkas, Jr., age 86, died peacefully at home on March 25, 2011. Born June 9, 1924 in Oxford to the late Marie Frazier Cherkas and Wm. M. Cherkas, Sr., Bill was predeceased by his first wife, Yuma Liles Cherkas, and by a son, Craig Alexander Cherkas. Attending NC State College before and after serving his country during WWII, Bill earned a degree in Civil Engineering. He began his career building bridges for Tidewater Construction in Virginia. Returning to North END_OF_DOCUMENT_TOKEN_TO_BE_REPLACED

OXFORD: William G. Nelms, Sr. Billy, age 81, went to be with the Lord on Thursday morning, March 24, 2011. He was a native of Granville County and was the son of the late Lonnie, Sr. and Effie Lee Nelms. Mr. Nelms was retired from North Carolina Parks and Recreation at Kerr Lake after 15 years of service and was retired from the U.S. Army, NC ARNG Company B 3rd Bn 120th Inf. with over 17 years of service. He was also a volunteer fireman and a member of Mt. Zion Baptist Church. Funeral END_OF_DOCUMENT_TOKEN_TO_BE_REPLACED

William Lloyd Goodwin, age 67, died Thursday, March 24, 2011 in his Durham home. A Durham native, he was born to Emma Lou Lloyd Goodwin and the late Billy Sunday Goodwin. Bill is survived by his mother, Emma Lou Goodwin of Durham; and his brother, Barry Goodwin and wife, Sherrie Eisleben, of Raleigh, NC. He was preceded in death by his father, Billy. Funeral services will be held 2:00 PM Monday, March 28, 2011 from the Chapel of Hall-Wynne Funeral Service. The Rev. Bob Wachs will preside. END_OF_DOCUMENT_TOKEN_TO_BE_REPLACED

Mrs. Barbara Suitt "Velna" York, 72, of US 15-501 North, Pittsboro, died March 23, 2011 at UNC Hospitals. The daughter of Julius Jackson Suitt and Mary Marine Fowler Suitt, Velna was born July 1, 1938 in Chatham County. She was a graduate of Pittsboro High School, and retired as an administrative assistant in accounting from the UNC School of Nursing following over 20 years of service. Velna was a member of Bynum United Methodist Church, where she had served on the UMW Administrative END_OF_DOCUMENT_TOKEN_TO_BE_REPLACED

OXFORD: Willie J. Brooks a resident of Oxford died Tuesday March 22, 2011 in Maria Parham Hospital. He was a native of Person Co. and was the son of the late Tom and Lissie Long Brooks. He was preceded in death by his wife Doris H. Brooks. Mr. Brooks was a member of Rehoboth United Methodist Church, a member of Henry F. Granger Lodge #412, a farmer and former Rural Route Carrier and a member of the Tri County Hunting Club. Willie retired from the US Department of Agriculture and worked for END_OF_DOCUMENT_TOKEN_TO_BE_REPLACED 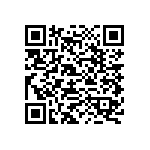