Svetislav Tomkovic died suddenly December 31 at home. He had livd with his daughter only a short time prior to moving from Florida. Pomen & Funeral Liturgy will be offered Tuesday from St. Barbara Greek Orthodox Church, with Fr. Dragan Zaric officiating. Burial follows in Chapel Hill Cemetery. END_OF_DOCUMENT_TOKEN_TO_BE_REPLACED

OXFORD: James Pasco Gill, a resident of Enon Rd. died December 30, 2009 in Granville Medical Center. He was a native of Person Co. and was the son of the late Earlie George and Mattie Lunsford Gill. He was a member of Geneva Presbyterian Church, a farmer and owner of Gill's Grocery. He was a former employee of the ASCS and was a member of Woodman of the World. He was a veteran of WWII serving in the Army. Funeral services will be held Sunday January 3, 2009 at 2:00 PM in Geneva Presbyterian END_OF_DOCUMENT_TOKEN_TO_BE_REPLACED

OXFORD: Mary Ann Cole Gooch, age 89, died Tuesday, December 29, 2009. She was a native of Granville County and the daughter of the late Jim and Moriah Beasley Cole. Funeral services will be conducted at 11:00 A.M. on Saturday, January 2, 2010 from Gentry-Newell & Vaughan Funeral Home Chapel by Rev. John Yount. Burial will follow in Bullock Cemetery, Stem, NC. Surviving are several nieces and nephews. Flowers are accepted or memorials may be made to Stovall United Methodist Church, or to a END_OF_DOCUMENT_TOKEN_TO_BE_REPLACED

Robert L. Oakley, 90, of 2311 Oriole Drive, Durham, NC died on Tuesday, December 29that the Brian Center Health and Rehabilitation Center. He was born 3/15/19 in Alamance County, NC, son of the late Joseph D. and Ethel Kimbro Oakley. He moved to Durham in 1951 and for many years was a route salesman for Jewel Tea Company. He enjoyed his relationship with many customers with whom he developed personal friendships. He changed careers in the late 1960's and was a Vice President for Roberts END_OF_DOCUMENT_TOKEN_TO_BE_REPLACED

Mr. Joseph Edward Lowe, 92, of Galloway Ridge in Fearrington Village, Pittsboro, died December 29, 2009 at UNC Hospitals. Mr. Lowe was a Durham County native, born July 5, 1917 to Edward and Lila Durham Shipp Lowe. He was raised in the Lowes Grove community, and was a member of Lowes Grove Baptist Church. Mr. Lowe served in the US Army during World War II, and was retired from Exxon-Mobil. He is survived by his wife, Vivian Buck Lowe; daughters and sons-in-law, Jo Ann and George Mason of END_OF_DOCUMENT_TOKEN_TO_BE_REPLACED

Lottie Margaret Lawrence, a life-long resident of Durham died unexpectedly on December 28, 2009. Born in Durham on June 24, 1924, she was the daughter of the late Telphor Hinton and Lottie Riley Lawrence. Margaret graduated from Durham High School and attended Duke University where she was a member of the Zeta Tau Alpha sorority. She retired from the Tobacco Division of the U.S. government where she was employed for many years. She was a life-long member of Duke Memorial United Methodist END_OF_DOCUMENT_TOKEN_TO_BE_REPLACED

Claude Adams Lowe, beloved father and grandfather passed away on December 28, 2009. He was born on August 20, 1919, to the late Ernest and Minnie Lowe. He was married for 66 years to his childhood sweetheart, Elizabeth Copeland Lowe who passed away on March 27, 2006. He served as a proud U.S Marine from May 20, 1944 through June 20, 1946. Claude retired from Liggett & Myers Tobacco Company after more than forty years of service. He was a handsome, caring, energetic man and the best husband END_OF_DOCUMENT_TOKEN_TO_BE_REPLACED

OXFORD: Claire Mae Greenway Hester, age 96, died Sunday, December 27, 2009. She was a native of Vance County and the daughter of the late Maurice Greenway and Sudie Adcock Greenway and was the oldest member of Enon Baptist Church. Funeral services will be conducted from Enon Baptist Church on Tuesday, December 29, 2009 at 2:00 PM by the Rev. James C. Shelly, Jr. and Steve Brown. Burial will follow in church cemetery. Surviving are two sons, Maurice Hester and wife, Polly and Durward Hester END_OF_DOCUMENT_TOKEN_TO_BE_REPLACED

HENDERSON: Ernest Lee Glasscock, age 74 a resident of Vance Co. died December 26, 2009 in Maria Parham Hospital. He was a native of Halifax, Co. Va. and was the son of the late John and Janie Hatchell Glasscock. Mr. Glasscock was a member of Eastside Baptist Church. Memorial services will be held on Monday December 28, 2009 at 3:00 PM in the Chapel of Gentry- Newell & Vaughan Funeral Home by the Rev. Aubrey Florence. Surviving is his wife, Nanie Travis Glasscock of the home; four daughters, END_OF_DOCUMENT_TOKEN_TO_BE_REPLACED 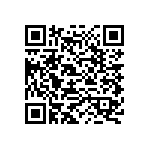