Lester A. Helgeson, age 72, died Tuesday morning at Duke Medical Center. Lester was born August 3, 1934 in Seattle, WA to the late Kermit A. and Alpha May Zeman Helgeson.<br><br>A veteran of the U.S. Air Force, Lester was employed as an electrical engineer for the Boeing Co. and later for IBM Corp. where he retired in 1989. He was a member of Mt. Sylvan United Methodist Church.<br><br>Surviving is his wife of nearly 50 years, Audrey L. Helgeson; his five children: END_OF_DOCUMENT_TOKEN_TO_BE_REPLACED

Jerry Wayne Quinn, 61, a resident of Chatham County, died July 31 at his home on Crawford Dairy Road after struggling valiantly against cancer. He was born in Pensacola, FL and was raised in Durham NC. He served in the US Army in Vietnam and in Germany. Jerry was employed at the UNC in Chapel Hill, first as a laboratory animal assistant, then as a maintanence mechanic. He was a gifted gardner, known as "Jungle Jerry", and an avid fisherman. He loved to cook and to dance. Jerry is END_OF_DOCUMENT_TOKEN_TO_BE_REPLACED

Mrs. Jane Holt Foushee, 86, passed into eternal peace on July 24, 2007. She was born in Miller, SD on July 21, 1921 to Albert E. Holt and Clara Morgan Holt. In 1943, while working as an instructor to Army Air Corpsmen in Sioux Falls, SD, she met and later married her partner in life, Elton Foushee, a native of Harnett County, NC. After the war, they relocated to NC, first in Hillsborough and then to Raleigh in 1953. Together they founded Home Appliance Service Company. After Elton's END_OF_DOCUMENT_TOKEN_TO_BE_REPLACED

Alexander Kerr Thomas, native and longtime resident of Philadelphia, PA, and since 1997 of Chapel Hill, died Tuesday afternoon, July 24th, 2007 following a sudden and unexpected health crisis after several years of decline. He was 83. Son and only child of Murdock and Isabelle Thomas of Philadelphia, Moore County, NC, and Cape Breton, Nova Scotia, he was born in 1923 and educated in the Philadelphia public schools. Following graduation from Germantown High School, he began a career as what END_OF_DOCUMENT_TOKEN_TO_BE_REPLACED

WAKE FOREST: The Reverend John Gerard Parish, 49, died unexpectedly Monday at his residence. John was born July 1, 1958 in Waukegan, IL to Harold A. and the late Anna K. Merkwan Parish. He was raised in Oxnard, CA and graduated from Oxnard High School. John was active in scouting, becoming an Eagle Scout and a member of the Order of the Arrow. A 1980 graduate of St. John END_OF_DOCUMENT_TOKEN_TO_BE_REPLACED

Mr. Ernest Frederick "Ernie" Licht, 80, of Pittsboro died July 23, 2007 at Central Carolina Hospital in Sanford. Ernie was born December 14, 1926 in Wayne Co., MI to Ernest Jacob and Violetta Zimmer Licht. He served in the US Navy, and was a retired Sales Engineer for SKF manufacturer of ball bearings. He relocated to Pittsboro 21 years ago and became active in the community, working for CORA food pantry and working the polls on voting days. Ernie was extremely involved with END_OF_DOCUMENT_TOKEN_TO_BE_REPLACED

Rebecca Beasley King passed away Friday, July 20, 2007 at Croasdaile Pavilion. The daughter of Morris and Leonard Dunlop Beasley, Rebecca was preceded in death by her devoted husband of 62 years, Aubrey Burns King, who died in January 2005. She was raised in Durham and attended the Durham City Schools. Rebecca graduated with the Class of 1942 from Durham High School. Rebecca was a member of Trinity United Methodist Church serving on many committees. Volunteering her time with Durham END_OF_DOCUMENT_TOKEN_TO_BE_REPLACED

Mr. James Walker "JW" Thomas, Jr., 89, of Mt. View Church Road, Moncure, died Thursday, July 19, 2007 at home while working in his garden. Mr. Thomas was born May 2, 1918 in Chatham County, the son of the late J. Walker Thomas, Sr. and Nora Ray Thomas. He was a lifelong farmer, and retired from working as a security guard. Mr. Thomas served on the Chatham County School Board, and was an active member of Gum Springs Baptist Church, where he was church clerk for a number of years. He END_OF_DOCUMENT_TOKEN_TO_BE_REPLACED 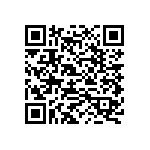