Zena Lerman was born in 1930 on the back staircase of her family home in Trenton, NJ.  Her folks had not planned the auspicious beginning, but her mom was bringing the kids home from a picnic and didn’t quite make it in time.  Zena grew up in Trenton, went on to receive a BA at Douglass College, and an MA in Gerontology and Music Therapy at George Washington University.  Earlier when Zena was 15 she met Arnold Lerman – it was a magical romance which would last her entire life.  They married and settled in the Washington, DC area, principally in Great Falls, VA.

Zena’s home in Washington quickly became the gathering place for an extended family and for neighbors and friends.  It was home to birthdays, weddings, anniversaries, Thanksgiving, July 4th parties with hand churned ice cream, Halloween festivities, Passover celebrations with a play reenacting the crossing of the Red Sea, heated political discussions, and the sound of chamber music performances in her music room.  But home was also a place of quiet stability and a haven for younger folks: Zena was a fun loving wise role model and for some young people a literal lifeline.

Professionally, Zena became a dedicated social worker.  Her work had taken many forms: Traveler’s Aid, the TB Association, a telephone hotline, helping launch the Greater Southeast Hospital; ultimately, she found a perfect niche as a music therapist at the Hebrew Home for the Aged in Rockville.  It was work that she loved and the continuation of a longstanding family interest in helping the aged.  It was also a continuation of her passion for music.  She would laughingly recount how her musical “career” had begun at the age of seven singing “On the Good Ship Lollipop” in her Uncle’s Trenton saloon.  And Zena kept singing in choruses throughout her lifetime in Washington and wherever she lived.

After retirement, the family lived in Oxford, MD for almost two decades and then moved on to Durham, NC.  Zena had never lost the idealism of her youth which had been filled with patriotism, yearning for peace, and a better world.  (Her first club had been the “Red White and Blue Americans.”)  And, as a child of the depression, she had always been acutely sensitive and dedicated to the needy folks around her.

Her efforts multiplied in her new home.  Zena worked tirelessly to build a strong and welcoming community through her synagogues in Oxford and Durham, helped provide food and shelter for the needy, fought against discrimination, and – with elections – registered voters, watched polls, marched and proselytized. (Some may remember the little gray haired lady waving her placard on the busy highway.)  And with it all, she always found time to visit the ill or the aged, cheer the depressed, and lighten the burdens of all around her.

For Zena, life was wholly precious.  She had known personal tragedy, having weathered the agony of her own deeply troubled child Suzi, whose life ended before 30.  It became part of her own resolve to make her own life and that of others a proclamation of Joy.

Zena is survived by her husband, Arnold Lerman, their daughter, Isabel Mahalick, son in law, David Mahalick, two grandchildren Sarah and Chloe; and adoring family and friends whose lives she touched deeply.  A Funeral service was held at Temple B’nai Israel, 101 W. Earle Avenue, Easton, MD at 2 pm on Thursday, May 25, 2017.

Offer Condolence for the family of Zena Marcia Lerman 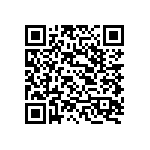