Yardley Elaine Schuyler passed away peacefully on August 1, 2019, after a brief illness.  She was 86.

She was the daughter of John Smullen and Bernice Davis and born on December 22, 1932.  She was preceded in death by her first husband, William Leon Schultz, in 1959, and by her second husband, Philip Buckley Schuyler, in 1982.

She is survived by her five children, Roxanne Jones, Paula Nichols, William Schuyler, Jennie Simpson, and Beau Schuyler, as well as her sister Lorraine Crocker.  She took great joy in her grandchildren, Schuyler, Anni, Katrina, Lee, Charlotte, Caroline, Catherine, and Landon.  She was also thrilled to have the opportunity to hold her two great grandchildren, Catherine and Elizabeth.  She loved extended family gatherings and happily hosted many of them.

Yardley was born and raised in Saint Johnsville, New York.  She graduated from Little Falls High School in 1950 and worked as a dental assistant until she moved with her husband Bill Schultz to New York City and Los Angeles and shifted her focus to raising her children.  She married Philip Schuyler and they lived throughout the country, raising their children in California, New York, Maryland, Texas, and Washington.  After Philip’s death, she earned her Bachelor’s degree from Central Washington University and moved to Durham, North Carolina, where she worked at Duke University Medical Center as a financial analyst and grants manager.  She retired from the Duke Department of Psychiatry in 1999.  During this time, she also took great pleasure in helping to raise her grandchildren who lived near her.

She had a great love of learning, and was a lifetime student.  She continued her education and shifted her focus to classes on art and literature throughout retirement.

In retirement, she was also able to expand her lifelong pleasure in travel, touring the Bahamas, Central America, Europe, China, Vietnam, Egypt, and Turkey, to name only a few.  She saw pyramids, volcanoes, and glaciers, and loved them all.

Yardley was a strong and wonderful mother, grandmother, friend and person.  She will be dearly remembered and missed by all who knew and loved her.

She will be interred at a service in the future near her birthplace in New York.

The family is being cared for through Hall-Wynne Funeral Services.

Offer Condolence for the family of Yardley Elaine Schuyler 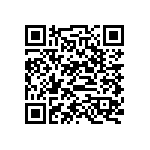