Mr. Alvin M. Clark, better known as "Yabo", age 85, died May 30, 2007 at Duke University Medical Center from injuries sustained earlier in a motor scooter crash. He was born April 25, 1922 in Montgomery County, the son of Harrison and Charity Poole Clark. He was the last of 12 siblings. Yabo served in the US Navy in World War II, then worked as a house painter, retiring from M&M Paint and Wallpaper in 1978 following surgery for a brain tumor. Yabo was a free spirit; he loved life and people tremendously. His favorite past time was peddling his bird houses on his scooter in the town of Pittsboro. He loved everyone he came in contact with. Yabo had an extensive list of uptown friends, most of which were women who often came to take him to lunch. He will be greatly missed by all who knew and loved him, especially his wife of 60 years, Louise, his children, and his grandchildren.

The service for Mr. Yabo Clark will be conducted by Rev. Ray Gooch and Rev. Wesley Thomas at 12:00 noon from the graveside at Bynum United Methodist Church cemetery. Friends may visit with the family from 10:00 am – 11:30 am Saturday at Griffin Funeral Service and Cremation in Pittsboro. Memorials may be given to either the VFW or the American Cancer Society.

Arrangements are under the care of Griffin Funeral Service & Cremation, Pittsboro, NC. 919 542-3057.

Offer Condolence for the family of Yabo Clark 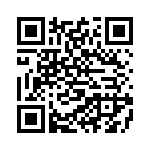