Mrs. Wynell Stout Cooper, 81, of US 15-501 North, Pittsboro, died September 12, 2008 at her home following a brief period of declining health. Mrs. Cooper was born in Alamance County on February 6, 1927, the daughter of Clyde Elbert Stout and Beatrice Ollie Snyder Stout. She was a homemaker, and a member of Bynum United Methodist Church.

Friends may visit with the family from 6:00 – 8:00 pm Sunday at Griffin Funeral Service in Pittsboro, and at other times at Mrs. Cooper’s residence.

Offer Condolence for the family of Wynell Stout Cooper 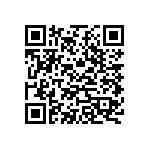