Woody was born in Grafton, Wisconsin on August 24, 1927 to the late Albert and Alma Wollner.  He received a degree in journalism from the University of Wisconsin at Madison and worked as a manager for General Telephone for his entire career.

Woody spent the last several years providing dedicated and loving care to his wife Shirley, who has Alzheimer’s disease. Married for 61 years, Woody and Shirley could still be seen holding hands as they walked down the halls of the assisted living facility where she resides.

Woody was a history buff whose latest interest was the battle of Gettysburg, and he was an avid reader, and a life-long learner.  When the family got together, they would always play Sheepshead (a card game) and Woody was most often the winner.  He was determined to remain independent, and he was; enjoying his house by the lake, driving, and helping care for Shirley.  He had a dry sense of humor that was in evidence until he was no longer able to speak.

The family would like to thank the staff at Croasdaile Village for caring about him, joking with him, and supporting him when he visited Shirley every day.

In lieu of flowers, please consider a donation to the Alzheimer’s Association of Eastern NC at 3739 National Drive, Raleigh, NC, 27612.   Woody’s greatest wish was that a cure would be identified. The family is being assisted by Hall-Wynne Funeral Service, Durham. Online condolences at www.hallwynne.com

Offer Condolence for the family of Woodrow (Woody) Wollner 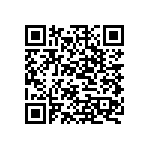