WOODIS L. VAUGHAN
Oxford- Woodis L. Vaughan, age 86, a resident of 109 Grace St. died Monday March 2, 2009. A native of Granville Co. he was the son of the late Willie M. and Martha Nunn Vaughan. He was a member of Amis Chapel Baptist, retired manager of Oxford Dry Cleaners and a veteran of WWII serving in the Army Air Force. He was a member of American Legion Post #90 and the VFW.
Funeral services will be conducted 2:00 PM Wednesday March 4, 2009 at Amis Chapel Baptist Church by the Rev. Terry Howard. Burial will be in Meadowview Memorial Park with Military Honors. The family would like to express their sincere thanks to the care givers at the house.
Surviving is his wife Lois S. Vaughan; one son Enhart “Ernie” Sherrell and wife Vivian of Wake Forest; grandchildren, Younge Sherrell and wife Kathy of Raleigh, NC, Patrick Sherrell and wife Erika of Clayton, NC, and Monica Ford and husband Derek of Youngsville, NC; four great grandchildren, Peyton and Greyson Sherrell of Clayton, NC and Emily and Dylan Ford of Youngsville, NC.
Flowers are accepted or memorials to Amis Chapel Baptist Church, 9189 Amis Chapel Rd. Oxford, NC 27565.
The family will receive friends Tuesday night from 7:00 until 8:30 at the Gentry-Newell & Vaughan Funeral Home. At other times they will be at the home.
Online memorials www.gnvfh..com select obituaries.

Offer Condolence for the family of Woodis Lee Vaughan 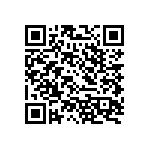