The older of the two sons of Karl Friedrich and Helene Joklik, Bill moved, when he was eleven years old, to Sydney, Australia, where his father headed the Australian branch of the Austrian company Styrian Steelworks. He attended Cranbrook School and the Sydney University from which he graduated with a First-Class BS degree and an MS degree in Biochemistry.  He obtained a D. Phil. Degree from the University of Oxford, England, in 1952, working in the laboratory of Sir Paul Fildes at the Sir William Dunn School of Pathology. After a year’s postdoctoral work in Copenhagen, he joined the Department of Microbiology at the Australian National University in Canberra, Australia.  Nine years later, in 1962, he moved to the Albert Einstein College of Medicine in New York, and in 1968 was appointed Professor and Chairman of the Department of Microbiology and Immunology at Duke University Medical Center, a position he held for 25 years. He guided the growth of the Department from an initial six faculty members to thirty-three when he retired, and to a ranking as one of the top three Medical School Microbiology Departments in the country.

Trained as a biochemist, Dr. Joklik was one of the pioneers of Molecular Virology.  His work on the mechanisms underlying how viruses infect cells, multiply and cause disease laid the groundwork for the development of vaccines and antiviral agents.  He published more than 250 research papers and reviews, and for 25 years was Editor-in-Chief of and a major contributor to Zinsser Microbiology, one of the two leading texts for medical students. He was Editor-in-Chief of Virology, the primary journal in its field, for eighteen years.  He was a member/chairman of numerous Study Sections and Committees of the National Institutes of health and the American Cancer Society.

His work was widely recognized.  In 1981 he was elected to the National Academy of Sciences, in 1982 he was elected to the Institute of Medicine, in 1986 he was awarded a Humboldt Senior Investigator prize, and in 1991 he was awarded the ICN International Prize in Virology.  He founded the American Society for Virology and was its first President in 1982. He was President of the American Medical School Microbiology Department’s Chairmen’s Association in 1979.

His career at Duke was similarly distinguished. He was elected a James B. Duke Professor in 1972 and played a leading role in founding the Duke Comprehensive Cancer Center in the early seventies; he was the first Chairman of the Cancer Center Planning Committee. He was a member of the Academic Council and of the Duke University Press Board, and the recipient of one the two 2005 Distinguished Faculty Awards from the Alumni Association of Duke University Medical Center.

Dr. Joklik was a member of Immaculate Conception Catholic Church, of the Rotary Club of Durham, of Hope Valley Country Club and of Grandfather Golf and Country Club in Linville, NC. He had two primary volunteer interests after he retired.  One was Caring House, which provides accommodation for out-of-town cancer patients undergoing intensive chemotherapy or radiotherapy at Duke Comprehensive Cancer Center, the other was the Durham County Public library. He was a long-time member of the former’s board (of which he was president in 1995-1997) and of the latter’s Foundation.  He played a leading role raising endowments for both.

Throughout his career Bill’s primary concerns were teaching, research and the mentorship and sponsorship of his close to one hundred graduate students and postdoctoral fellows.  He maintained cordial relations with many of them for many years, promoted their careers assiduously with advice and personal recommendations, visited them worldwide, and greatly enjoyed return visits from them.

Strongly rooted in two cultures, the Austrian/German and the British/American, Dr. Joklik will be remembered as a true world citizen, greatly interested in international affairs.  He was a life-long traveler and lectured in Universities and Scientific Institutes all over the world. He was a lover of classical music, a devotee of Duke basketball, and a golfer and tennis player when time permitted.

Bill was a highly devoted husband, father, and grandfather.  He married Judith Vivien Nicholas in 1955 in Canberra, Australia.  Together they had a son and a daughter.  Judith succumbed to breast cancer in 1975 after a most courageous eight-year battle. In 1977 he married Patricia Hunter Downey; whose first husband had succumbed to lung cancer.  He is survived by his wife Pat, his son Richard and his wife Jean of Columbia, MD and their children; his daughter Vivien of Cary, NC and her children; Pat’s son and daughters by her first marriage, JR Downey and his wife Betsy, of Richmond, VA and their children, Mary Goodwin and her husband Danny and Mary’s children; Frances McGruder  and her husband Jim of Linville, NC and Frances’ children, and by his brother Frank and his wife Pam, of Salt Lake City, UT, and their children and grandchildren.

A mass of Christian burial for Dr. Joklik will be offered on Friday, July 12, 2019, at 10:00 a.m. at Immaculate Conception Catholic Church in Durham, NC.

In lieu of flowers, the family suggests that donations be sent to Caring House, the Durham County Library Foundation, or to Immaculate Conception Catholic Church. 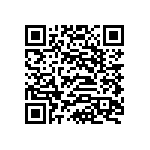