He was born February 15, 1922 to the late Redic Lacy Webb and Victoria Wilson Webb in Eagle Springs, North Carolina. Wilson was a proud US Army veteran of WW II where he served as a motorcycle courier for General George Patton. He was involved in several major campaigns that included: D-Day landing at Omaha Beach, successful capture of the Rhine River, liberation of concentration camps, The Battle of the Bulge, occupation and rebuilding of post war Berlin. He was a lifetime member of American Legion Post 52.

Prior to moving to Franklinton, he lived in Eagle Springs and Pinehurst where he built booking machines for the Carolina and Pinehurst hotel, which are on display in the Tufts Archives museum in Pinehurst. He then worked at the Pinehurst garage, and became a personal driver for the wife of George C. Marshall and several other well known people. After moving to Franklinton in 1947, he accepted a job at Burlington Industries, where he retired after over 40 years of service there in 1981. He was known in Franklinton as the TV repairman and general handy man, always willing to help anyone in need.

He was preceded in death by his first wife, Lona Webb and his second wife, Nellie Webb, a step-son, Pettis “Pat” Hudgins, brothers, Robert and David Webb, a sister, Frances Cassidy, and his son-in-law, Darrell Simmons.

The family will receive friends 6:00-8:00 PM Friday at Hall-Wynne Funeral Service, 504 East Mason St., Franklinton, where funeral services will be held at 2:00 PM Saturday. Burial with military honors will follow the service at Fairview Cemetery in Franklinton.

In lieu of flowers, donations in Mr. Webb’s memory can be directed to Tracy Phillips. Online condolences at www.hallwynne.com

Offer Condolence for the family of Wilson DeWitt Webb 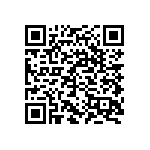