William Yates Manson, 72, died at his home on Saturday, December 29, 2007. A native of Greensboro, NC, he was born August 17, 1935, one of two sons of William Fletcher Manson and Tela Hodgin Manson, who predeceased him.

He was a 1954 graduate of Greensboro High School and graduated from Guilford College in 1958. Mr. Manson graduated, in 1961, from the Duke University Law School. On July 9, 1963, he was married to the former Patricia Scott of Durham.

In 1961, he began practicing law in Durham with Judge Robinson O. Everett who, at the time, was a member of the law firm of Everett, Everett and Everett. He participated in many community activities and civic organizations, including the Durham Civitan Club and was a member of District, State and National Bar Associations. In 1989, while practicing law with the late Daniel K. Edwards, in their law firm of Edwards and Manson, he was appointed by Governor James G. Martin to a District Court Judgeship where he served until his retirement, in 1996.

A Memorial Service will be held 11 AM, Wednesday, January 2, 2008, at Christ the King Moravian Church, Durham, NC. The Rev. Francis P. Venable and the Rev. Leslie Venable will conduct the service. The family will receive friends immediately following the service.

Flowers are acceptable or memorials may be made to Christ the King Moravian Church, 4405 Hope Valley Road, Durham, NC 27707 or to the William and Patricia Manson Endowment c/o Guilford College, 5800 W. Friendly Ave., Greensboro, NC 27410.

The Manson family is grateful to Patricia Keith and Gloria Becton for their loyalty
and care during the past years.

Offer Condolence for the family of William Yates Manson 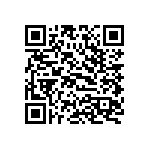