Bill was born in Wilmington on February 27, 1942, to William Vann and Lois McPherson. His parents preceded him in death, as did his sister-in-law, Jane Davenport Brown.  Bill proudly grew up in and spent his formative years in the marshland of Pamlico County, before moving to Durham and graduating from Northern High School.  He received a B.A. in History from Duke University, where he was an Angier B. Duke Scholar, served as an editor of The Chronicle and was a member of Sigma Nu Fraternity.  Bill received his J.D. from the University of North Carolina School of Law, where he was Articles Editor of the Law Review and a member of the Order of the Coif.  Bill served in the United States Marine Corps and was a lawyer with U.S. Department of Justice Honors Program (Tax Division) in Washington, D.C.  Until his death, Bill was a partner in McPherson, Rocamora, Nicholson, Wilson & Hinkle, PLLC in Durham, the trust and estates law firm he founded. Bill was a proud member of the North Carolina Bar Association, the United States Supreme Court Bar, and The American College of Trust and Estate Counsel. He was a faithful member of St. Stephen’s Episcopal Church, Durham, where he twice served as senior warden of the vestry.

Visitation will be held at Hall-Wynne Funeral Home on Thursday, June 20, from 6 to 8 p.m. A memorial service will be held at St. Stephen’s Episcopal Church, Durham, on Friday, June 21 at 1 p.m.  For those wishing to make a donation in Bill’s memory, please consider directing them to the Shepherd Center for Brain & Spinal Injuries in Atlanta, Georgia, or St. Stephen’s Episcopal Church in Durham.

Offer Condolence for the family of William Vann McPherson, Jr. 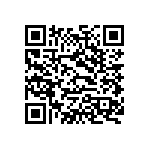