WILLIAM THOMAS SELF
FRANKLINTON: William Thomas Self, age 66 a resident of 20 Back Home Rd. died Tuesday July 8, 2008 at his home. He was a native of Granville Co. and was the son of Annie G. Self of Boydton, Va. and the late Marcus Franklin Self.. Mr. Self was a retired textile engineer, working with the Franklinton Cotton Mill, the Oxford Burlington Mills and the Peck Mfg. Company. He was a former member of the Franklinton Lions Club, and was a member of the Tar River Cruizers Classic/Antique Car Club.
Funeral services will be held Friday July 11, 2008 at 2:00 PM in the Franklin Funeral Chapel by the Rev. Dan Hill. Burial will be in the Perry Family Cemetery on Purnell Rd.
Surviving in addition to his mother , is his wife Pat Ray Self of the home; a daughter , Patty S. Murray and husband Frank of Franklinton; one brother Roy E. Self of Pennsylvania; four sisters, Anne Arnold of Boydton, Va., Esther Lee Homer of Stella, NC, Angie Rhodes of Rougemont, NC and Ida Morris of Franklinton, NC.; two grandchildren, Jessica Christine Hayes and Bryce William Hayes. He was preceded in death by three brothers Marcus Franklin Self, Jr. , Bennie Self and Victor Carrington Self.
The family will receive friends Friday from 1:00 until 1:45 P .M. Friday’ prior to the funeral service. At other times they will be at the home.
Flowers are accepted or memorials may be made to a Hospice of your choice.
Active pallbearers will be, Frank Murray, Michael Murray, Tubby Watson, Michael Renn, Larry Mason and James “Jim” Homer.
On line memorial at www.franklinfuneral.com, select obituaries.

Offer Condolence for the family of William Thomas Self 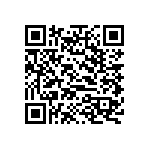