William Paul Hutchins, 87, departed this life and entered heaven during the early morning of February 24, 2015 after 45 years battling rheumatoid arthritis.

Paul was a native of Durham, served in the US Navy during WWII and then graduated from “State College” which is now NC State University. Paul loved being a general contractor and generating success for others. He, along with two of his children, started WASPCO Corporation in 1981 and Paul continued to be active in the company until his death.

Determined, loving, generous, forgiving, sacrificial and strong are words that describe this family patriarch. Paul stayed positive to the end, determined to make his contribution for those in need. He will be missed more than words can say.

Paul is survived by his three children and their spouses: Paula Purnell (Richard) of Raleigh, Susan Harmon (Russ) and Andy Hutchins (Joelyn) of Durham. He will be deeply missed by his 7 grandchildren, Rachel, Ashley, Alison, Brooke, Bailey, Caleb and Drew. Wonderful memories have been left for them to cherish of Papa.

A visitation will be held at Hall-Wynne Funeral Service, 1113 West Main Street, Durham from 6:00 – 8:00 pm on Saturday evening (If inclement weather consult www.hallWynne.com). A Memorial Service will be held at Epworth United Methodist Church on Sunday, March 1, at 2:00 pm.

In lieu of flowers, the family requests that memorial donations be made in Paul’s memory to The West End Community Foundation, Inc. for the commercial kitchen at the Community Family Life and Recreation Center at Lyon Park. Donations may be mailed to PO. Box 51398 Durham, NC 27717.

Offer Condolence for the family of William Paul Hutchins 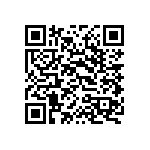