Mr. William Obie Harmon, 85, of Old Graham Road, Pittsboro, died February 17, 2013 at UNC Hospitals following a period of declining health.
Born in Pittsboro on September 21, 1927, Obie was the son of James Wesley Harmon and Dollie Battle Lilly Harmon. Obie served in the US Army in Korea; and, worked as a foreman at Kayser-Roth hosiery at the time of their closing, then worked with Townsend Poultry as a supervisor before retiring. He enjoyed both fishing and gardening. Obie was a member of Pittsboro United Methodist Church.
He is survived by his wife, Allene Harward Harmon; daughters, Jane Pendergrast and husband David, of Chapel Hill, and Diane McCarthy of Bradenton, FL.; and three grandchildren, Jennifer P. Wagner of Charlotte, Hannah Pendergrast of Chapel Hill, and Carly McCarthy of Bradenton, FL. Mr. Harmon was preceded in death by his parents, five brothers and two sister.
The service to celebrate Mr. Harmon’s life will be held at 2 o’clock Wednesday afternoon, February 20, 2013 at Pittsboro United Methodist Church, with Pastors Ben Alexander and Bob Wachs presiding. Interment will follow in the church cemetery. Friends may visit with the family in the Jeremiah’s Retreat building behind the church following the service.
Memorials may be sent to either Pittsboro United Methodist Church, PO Box 716, Pittsboro, NC 27312, or to the American Diabetes Association, PO Box 11454, Alexandria, VA 22312.
Online condolences may be left at www.hallwynne.com, select “Obits” then “Current Services”.
Arrangements for Mr. William Obie Harmon are under the care of Hall-Wynne Funeral Service and Cremation of Pittsboro.

Offer Condolence for the family of William Obie Harmon 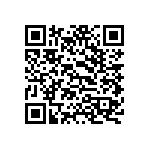