Florence, SC – Mr. William Nelson Morris, 81, of Durham, NC and Lightkeepers Village in Little River, SC, the beloved soulmate of Peggy Vollmar of 23 years, passed away peacefully at McLeod Hospital in Florence, SC on Wednesday, March 15, 2017. Bill’s wife, Patsy, preceded him in death in 1990 after 33 years of marriage.

Born in Chatham County, NC, on February 22, 1936, he was the son of the late Kathleen Jenkins and Walter Morris. Bill was a graduate of Durham High School, and was an ardent and dedicated North Carolina fan. Over his career he worked at Wright Machinery and completed his career at Brame Specialty, retiring in 1996. Bill was a member of the Living Legends of North Myrtle Beach. He loved his beach music, shag dancing, and his home on the waterway.

In addition to Patsy and his parents, Bill was preceded in death by his sister, Charmeyne “Tootsie” Morris Phillips, and his brother, Walter “Toby” Wiley Morris.

A funeral service will be held on Friday, March 24, 2017 at 2pm in the Chapel of Hall-Wynne Funeral Service. Officiating will be Rev. Thomas Robinson. Burial will follow in Maplewood Cemetery.

Offer Condolence for the family of William Nelson Morris 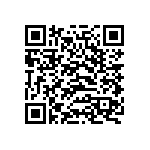