William “Bill” Murray Aldred III, 51, passed away suddenly at home in Durham on August 11, 2016. Bill or Murray, as known to his immediate family, was born on November 21, 1964 in College Station, TX to Lt Col William “Bill” Murray Aldred, Jr and Claire Roberts Aldred. He graduated from Thomas Jefferson High School in Annandale, VA and attended, for a brief time, George Mason University in Fairfax, VA. He was employed by Sodexo, Inc. in Raleigh.
Bill was an avid reader, a collector of Marvel comic books since he was a young boy, and loved cats. His favorite sayings were: “I have been and ever shall be your friend” and from the movie, A Little League of Their Own, “There’s no crying in baseball!” A Chinese Proverb that Bill liked reads, “Life is a chess game, you might want to think about that next move.” His son, Kyle, remembers him as a kind and gentle soul. His daughter, Ahna Lea, says he was always really encouraging and excited to be a grandfather.
Bill is survived by his son, Kyle Aldred of Durham, his daughter, Ahna Lea Aldred of Dunn; his grandchild, Alani Grace Aldred of Dunn; a brother, Dodd Aldred and wife, Michelle of Raleigh; nieces, Kristin Aldred of Raleigh and Rebecca Carter of Atlanta, GA; his close personal friend, Nicki McCray of Durham; his mother, Claire Roberts Cooper of Raleigh; and his step-mother, Patsy P. Aldred of Durham. Bill’s father, Lt Col William Murray Aldred, Jr. predeceased him.
A graveside service will be held 2:00 pm Sunday, August 14th in Maplewood Cemetery, Section 19, 1621 Duke University Road, Durham, with the Rev. Laurie Hays Coffman officiating.
Memorial gifts may be made to the Duke Cancer Institute: gifts.duke.edu/dci.

Offer Condolence for the family of William Murray Aldred, III 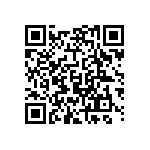