William Matthew Cherkas, Jr., age 86, died peacefully at home on March 25, 2011. Born June 9, 1924 in Oxford to the late Marie Frazier Cherkas and Wm. M. Cherkas, Sr., Bill was predeceased by his first wife, Yuma Liles Cherkas, and by a son, Craig Alexander Cherkas.
Attending NC State College before and after serving his country during WWII, Bill earned a degree in Civil Engineering. He began his career building bridges for Tidewater Construction in Virginia. Returning to North Carolina, he joined the staff of the NCDOT and later the NC Department of Insurance. Bill retired from these positions in 1983 but never lost his love of long bridges, well-built buildings and interstate highways.
Graveside service will be conducted 2:00 PM Monday, March 28, 2011 at Elmwood Cemetery by Rev. John Yount and Rev. Art Haskins.
He is survivd by his wife of 22 years, Myrtle Satterwhite Cherkas, by his brother and only sibling, Harry Frazier Cherkas of Cleveland, SC; his daughter, Lisa Cherkas Nelson and her husband Neill, a son, Wm. M. 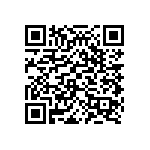