Bill is survived by his mother, Emma Lou Goodwin of Durham; and his brother, Barry Goodwin and wife, Sherrie Eisleben, of Raleigh, NC. He was preceded in death by his father, Billy.

Funeral services will be held 2:00 PM Monday, March 28, 2011 from the Chapel of Hall-Wynne Funeral Service. The Rev. Bob Wachs will preside.

Friends may visit with the family immediately after the service in the chapel.

In lieu of flowers, contributions may be made to a charity of one’s choice.

Arrangements for the Goodwin family are under the care of Hall-Wynne Funeral Service in Durham.

Offer Condolence for the family of William Lloyd Goodwin 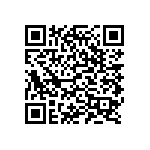