Mr. Pickard was born in Durham to the late James Ernest Pickard and Mae Johnson Pickard.  He was the 6th born of six siblings and the last to survive.  His brothers were: James Earnest Pickard, Jr.; John Milton; Joe Thomas; and Kenneth Johnson.  His sister was Annie Sue Pickard.  Bill was educated in Durham city schools and at the University of North Carolina at Chapel hill.  After UNC, Bill worked for the family roofing company, then served two years in the Korean War.  Thereafter and until his retirement, he worked as an accountant and auditor for the North Carolina Revenue Dept.

Mr. Pickard is survived by his wife of sixty years, Myrtle Frances Burns Pickard.  They lived primarily in Raleigh, retiring to Durham in 2007.  Always travelers, Bill and Myrt then spent every opportunity seeing the world.  They enjoyed their very large extended family, which includes scores of nieces, nephews, grand nieces and grand nephews, many of whom live in the Durham area.

Bill will be interred privately at Maplewood Cemetery, alongside other Pickard family members, this week.  In lieu of flowers, contributions may be made to the Croasdaile Village Benevolent Fund, 2600 Croasdaile Parkway, Durham, NC  27705.

Arrangements for the Pickard family are under the care of Hall-Wynne Funeral Service.   On-line memorials:   www.hallwynne.com.  Select obituaries.

Offer Condolence for the family of William Lee Pickard 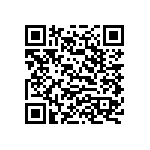