William Joseph Davis, 64, died peacefully Tuesday, February 5, 2013, at UNC Hospital with his sons at his side.
Bill was born March 20, 1948, to William & Bertha Casamento Davis in Washington DC. Bill grew up in Norwich NY, the middle of six children, and Graduated from Norwich High School in the class of 1966. Attending Mohawk Valley Community College he met his future wife, Elsa Keehn Davis. They settled in central NY and raised their two sons, Jason & Ryan.
Bill’s love for the south was never far from his heart, and he moved to North Carolina to be with extended family in 1995. Bill worked for the community he loved for the past 13 years at the Pittsboro Waste Water Treatment Plant until the time of his death.
Bill’s life-long passion for art was evident all around him, in any profession he chose. Bill worked in advertising, was publisher of a trade magazine in the 1980’s, and worked as a film assembler/proofer at Canterbury Press in Rome, NY for 12 years. From drawing portraits to designing and building models, He was always creating something. Coworkers at the Pittsboro Waste Water Treatment Plant recalled Bill often sketching and drawing on breaks and at lunch.
Bill is preceded in death by his parents William and Bertha, and by little sister Alice Virginia. Bill is survived by his two sons, Jason & wife Jennifer, with stepson Anthony, of North Prairie, WI; and Ryan of Madison, WI; brothers Bernard and wife Linda Davis of Vestal NY; John Davis of Clifton Park NY; and sisters Mary and Husband Don O’Hearn of Tampa Florida; Barbara and husband Larry Dunning of Weedsport NY; and Gloria and Husband Chris Pricci of Sterling Virginia; Nieces Barbara, Felicia, Heather, Larissa, Catherine, & nephews, William, Steven, and Phillip.
A Memorial service will be held Saturday February 9, 2013, 7 pm at Hall-Wynne Funeral Home, 396 West Street, Pittsboro, NC 27312.
Friends are encouraged to visit following the service.
In lieu of flowers, to continue Bill’s support of our fighting servicemen and women, donations to the Disabled American Veterans are encouraged.

Offer Condolence for the family of William Joseph Davis 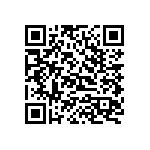