Bill was born in Phoenixville, Pa May 24, 1935 and graduated from Stevens Trade School in Lancaster, Pa with a degree in printing. He attended Appalachian State University where he wrestled and played football.

Bill was a dedicated member of the Duke athletic department for 37 years, 31 of which were as the head wrestling coach. During his time at the helm of the wrestling program 1967-1997, Bill accumulated a career record of 220-195-4, ranking him fourth all-time in victories among ACC coaches at the time of his retirement. His 220 career wins remains the most of any Duke wrestling coach in the history of the program. He was inducted into the Duke Athletics Hall of Fame in September 2004.

Bill coached 16 conference champions, including two ACC Tournament Most Valuable Wrestlers and 23 NCAA Tournament qualifiers. Duke’s only Olympic wrestler also competed under Bill in the early 1980s. The team as a whole flourished under him as well, with the program registering six of Duke’s eight seasons with 10 or more dual meet wins.

The Duke wrestling team was also very successful off the mat and in the classroom. In 1997, under Bill’s watchful eye, Duke finished with the highest team GPA in the country at 3.9847. The next closest school was Princeton that year with a 3.258.

In April 2001, he received an honorary lifetime membership to the National Wrestling Coaches Association for his tireless support of the sport of wrestling. In 2005, the longtime coach was awarded the Lifetime Service to Wrestling award from the National Wrestling Hall of Fame in recognition of years of dedication to the development of leadership and citizenship in young people through the sport of wrestling.

Bill’s 37 years with the Duke athletic department also included stints as an assistant football, assistant wrestling and freshmen baseball coach. After retiring as head wrestling coach he served as Director of the Wilson Recreation Center. All told he worked for Duke 45 years.

The family wishes to thank the staff of Elmcroft at Little Avenue in Charlotte, Hospice & Palliative Care Charlotte Region as well as many other caregivers for their care and support.

He is survived by his daughter Ginger Mike of Morrisville, NY; son Bill of Charlotte, NC; daughter-in-law Kim of Newton, NC; sisters Elaine of Phoenixville, Pa and Patricia Adams of Mission Viejo, CA; grandchildren AJ, Killian, Carter, Deena, Alex and Natalia. He was predeceased in death by his wife of 47 years Janice, his eldest son Joe, his parents William and Teresa.

The family requests that donations be made in honor of Coach Harvey to the Duke Varsity Club Wrestling Fund at: Box 90541, Durham, NC 27708.

Arrangements for the Harvey family are under the care of Hall-Wynne Funeral Service. Online condolences www.hallwynne.com

Offer Condolence for the family of William John Harvey, Jr. 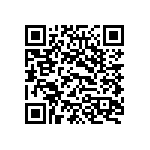