A gentle and kind man who adored his family and his work, Mr. Berry enjoyed many accomplishments throughout his life. He attended prep school at the Kiski School in Pennsylvania and graduated from high school at Fishburn Academy in Virginia where he was an All-State football player. Mr. Berry served as an aircraft mechanic in the U.S. Army Air Corps during WWII, and was a member of Delta Kappa Epsilon fraternity while attending UNC in Chapel Hill.

He was employed with American Tobacco Co. and was owner of Berry Hosiery Mill. Mr. Berry later became owner and president of Dracor Water Systems in Durham. He worked every day until the end of July 2005 due to a decline in his health. He was a long-time member of Croasdaile Country Club.

Mr. Berry is survived by his daughter, Susan Berry Hall and husband, Richard M., of Durham; two grandsons, Nathan William Hall, who is a student at Wake Forest University; and Matthew Richard Hall, a student at the University of Miami; and several nieces and nephews. He was preceded in death by his loving wife of 56 years, Rowena Meadows Knott Berry of Oxford, NC; and his son, W. James Berry, III.

Friends may visit at the home of Susan Berry Hall, 3518 Medford Rd. in Durham.

The family wishes to thank the employees of Dracor Water Systems, members of Duke Hospice and the staff of the Pavilion at Croasdaile Village for their care and support.

Arrangements for the Berry family are under the care of Hall-Wynne Funeral Service.

Offer Condolence for the family of William James Berry, Jr. 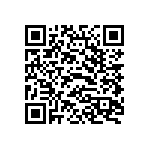