William John Sunas, 92, died at home Tuesday. He was born November 8, 1925 in Bronx, NY to the late Gus and Zoe (Leon) Sunas. Bill moved to Durham with his family as a small child, graduating from Durham High School in 1944. He proudly served his country in the US Navy in both WWII and the Korean Conflict. Bill was a graduate of UNC-Chapel Hill, where he became a Sigma Chi and sang in the fraternity’s Carolina Sextet. He was a member of UNC’s boxing team and was the last conference champion.

Bill assumed running the family’s Durham restaurant, Gus’s Luncheonette, after which he joined GTE and was transferred to Cookeville, TN. He later owned and operated his own telecommunications business while also working as a grant writer for the Tennessee Dept. of Health. Bill was responsible for securing the funding for the first Nurse Practitioners program in the U.S. In 1996 he retired to his native Durham.

Bill was a dedicated parishioner of St. Barbara Greek Orthodox Church. Active in civic affairs, he was a member of the Jaycees and Civitan Int’l. He was an avid golfer and had an unbridled passion for fishing at the Outer Banks. Fun-loving and witty, Bill Sunas was a colorful personality – charming, charismatic and often mischievous. When it came to reading people and acclimating himself to any social situation, he had perfect pitch. Bill was always most alive when surrounded by family and friends.

Surviving are his wife, Joanne Bolin Sunas; his three daughters, Zoe (Jim) Stefanadis of Chapel Hill, Elaina (Brad) Koch of Lenoir City, TN and Christina (Jon) McGinnis of Mooresville; and grandchildren, Gus, Alyssa and Nick Stefanadis, Christopher (Caroline) and Ben Koch, and William and Alex McGinnis. Bill was the last of his siblings, a foursome exceptionally devoted to one another; the late Ernie Sunas, Helen Dennos and Marie Tsantes.

Offer Condolence for the family of William J. Sunas 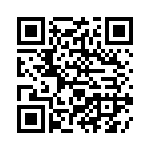